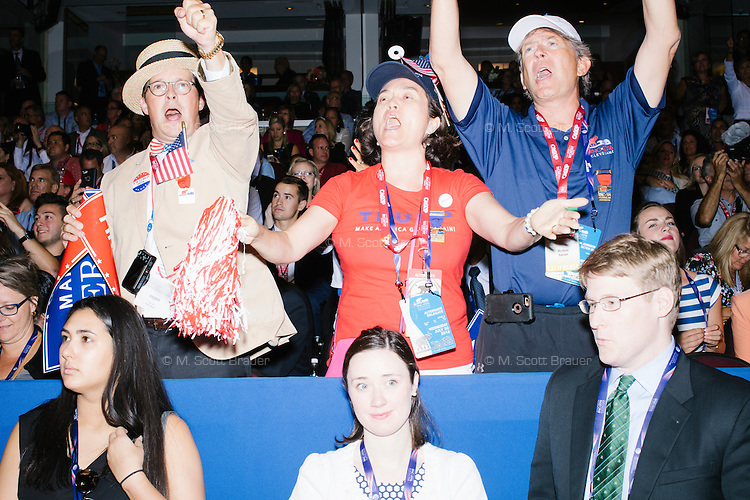 People boo during Texas senator and former Republican presidential candidate Ted Cruz's speech on the third day of the Republican National Convention in the Quicken Loans Arena in Cleveland, Ohio, on Wed., July 20, 2016. In his speech, Cruz did not explicitly endorse the official Republican nominee, Donald Trump, instead urging voters to vote with their conscience in the general election.