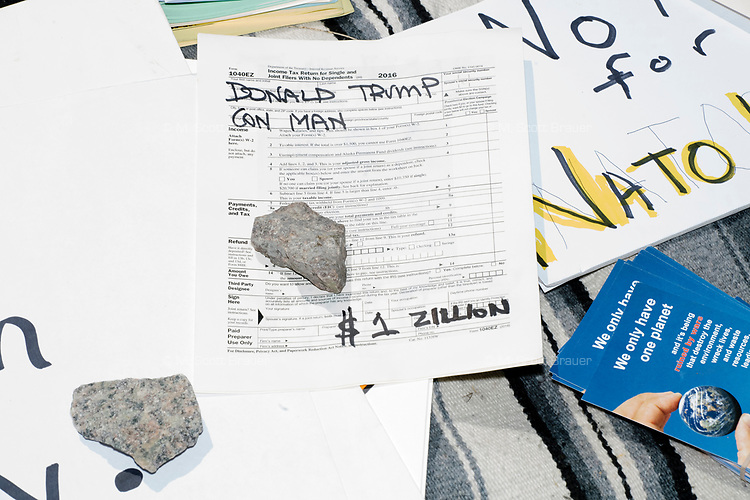 Anti-Trump signs lay on the ground in Cambridge Common during a Tax Day protest near Harvard Square in Cambridge, Mass., on Sat., April 15, 2017. The demonstrators called for President Donald Trump to release his tax returns. Trump refused to release his tax returns during the 2016 presidential campaign, in contrast to all previous major party presidential candidates, and continues to refuse to release them. The protest was part of a larger movement nationwide called Tax March.